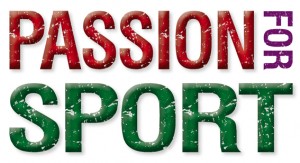 Passion for Sport exists to introduce sports fans to Jesus through media.  All around the world millions of people follow a team or sport passionately without ever taking part.  We know Liverpool fans in The Gambia, Arsenal fans in Kenya, Manchester United fans in Japan and even Cornwall, who have never been to watch their team play.  But that doesn’t reduce their passion or make them any less a fan.  Here at Passion for Sport we too are passionate about sport.  We love it.  Football, rugby, cricket, athletics, motor sport – you name it.  We are even more passionate about Jesus and are passionate about introducing sports fans to him.

We produce two weekly radio programmes featuring news, stories and interviews with sportsmen and women, many of whom are followers of Jesus who talk about their sport and faith.  Planet Sport is a 15-minute, multi-sport show heard on 50 stations in 16 countries.  Our analysts include former professional sportsmen including Brazilian Alex Ribeiro (Formula 1) and Tu Nu’uali’itia who played in two Rugby World Cups for Samoa, scoring a try against eventual winners South Africa in the 1995 quarter finals.  You can listen free on demand on line at www.planetsport.tv and via a phone app, search “Planet Sport” for both iPhone and Android devices.  Planet Sport Football Africa features news of football in Africa and African players around the world and is heard on over 30 stations in Africa.  This too is available free on demand at www.planetsport.tv.

We also report from major sporting events for our two radio programmes and provide a reporting service for Christian radio stations.  In 2008 we served over 1000 stations worldwide in six languages from the Olympic Games in Beijing.

We have an extensive online library of sports players’ testimonies.  Check out the Resources page on our supporters’ site at  www.passionforsport.com to hear sports stars talking about their sport and faith.  Interviews include Henry Olonga (cricket, Zimbabwe), Julian Speroni (football, Crystal Palace FC) and Nick Farr-Jones (rugby union, captain of Australia’s 1991 Rugby World Cup winning side).  We are also developing the www.planetsport.tv site for sports fans with pages focussing on different sport.  With background information, a brief history of the game, funny quotes, images and short testimonies in both print and audio this is a great resource to direct sports you know to, to help introduce them to Jesus: http://www.planetsport.tv/sports.html

For more information visit the two websites: www.passionforsport.com and www.planetsport.tv.